Our “blue” planet is aptly named because 75% of its surface is covered with water very poorly distributed. For example, drinking water represents less than 3% of this abundant resource, of which more than 70% is trapped in glaciers. Therefore, less than 1% of the water reserve is accessible for our needs, in the form of rivers and groundwater.

This reserve of water is sufficient to satisfy the needs of a world population of 7 billion people. Unfortunately, it is unevenly distributed on the planet, particularly because of climate fluctuations that create different conditions of rainfall and evaporation according to the areas of the world. As a result, some countries have large water reserves (Canada, China, Brazil, India, Russia, Indonesia, United States…) while others are located in arid or semi-arid areas (Niger, Syria, Palestine,…).

Access to drinking water of sufficient quality for consumption requires substantial investments to build adequate infrastructures. Beyond the management of this resource, these infrastructures are also dedicated to wastewater treatment in order to avoid the spread of diseases and the pollution of aquatic resources. Some regions of the world suffer from water problems even though water resources are abundant: this is the case in the Democratic Republic of Congo, which has the second-largest river in the world but where only 2% of the population has access to a quality drinking water. The problems of water availability thus reflect the gap between poor and rich countries.

This precious resource is unequally distributed between countries. Indeed, there are what the United Nations calls “The 9 Water Powers”: Brazil, Colombia, Russia, India, Canada, the United States, Indonesia, Congo and China, which hold 60% of the world’s fresh water.

Its scarcity and its very unequal distribution make it difficult to access. Drinkable water has therefore been at the heart of conflicts for hundreds of years.

1st – 2nd centuries – Conquest of North Africa: conflicts quickly broke out between military colonies and local populations for the control of water.

1990 – Central Asia: major intercommunal violence broke out between Kyrgyzstan and Uzbekistan over water sharing. The violence resulted in 300 deaths.

April 1999-February 2001 – Kenya: conflicts between farmers and nomadic herders over access to and use of water resulted in more than 100 deaths.

How to preserve it at your level?

You are a company and you want to find and implement solutions to reduce your water consumption and thus promote its preservation : discover our article dedicated to this subject. 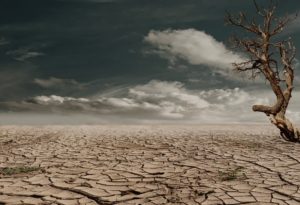