Drinking water is water that can be drank or used for domestic and industrial purposes, without risk to health, and that complies with the sanitary requirements defined by decree.
It can be naturally drinkable or go through various treatments to become so.

The water that we find in our glasses can have various origins, but whatever its origin, it must have an irreproachable quality.

To be declared clean for consumption, water must meet very strict potability criteria dictated by the Ministry of Health and the Superior Council of Public Hygiene.
To date, there are 63 potability criteria, which are checked very frequently and whose standards vary according to the legislation applicable.

According to the Water Information Center, they can be grouped into 5 main categories:

The stages of water potabilization

According to the Water Information Center

The different types of drinking water

Spring water comes from deep groundwater. It has not gone through any pollution or chemical treatment and is naturally clear for consumption.
Spring water is subject to the same regulations as tap water and must therefore meet all potability criteria.

Spring water has some particularities:

Mineral waters are spring waters whose mineral and trace element content gives them therapeutic virtues.
Unlike spring water, mineral water does not meet the same regulations as tap water. Indeed, some contents do not comply with the potability criteria and would be refused in the public distribution network. They are therefore subject to specific standards and can reach levels that would not be tolerated for drinking water.
For example, the maximum fluoride content in drinking water is set at 1.5mg/L whereas mineral water can contain up to 5mg/L.

Warning :
Some highly mineralized waters are not suitable for daily use. It is advisable to check the composition on the label.

Iceberg water is obviously safe to drink because it is certainly the purest water that can exist on Earth. Indeed, the icebergs have existed for thousands of years, so they have not been affected by the pollution that affects today water resources.

The idea of exploiting this resource was certainly raised in the 1970’s by the engineer Georges Mougin who wished to tow small drifting icebergs towards regions lacking drinking water. Unfortunately, the price and the constraints of this achievement did not allow to carry out this project.

Today, icebergs are the object of a trade which is not in adequacy with the current environmental issues. However, there are still iceberg hunters, such as the Canadian Edward Kean, who collects this precious water to sell it for $1 a liter. Similarly, the Berg brand sells this water at a golden price in grocery stores (10.50€ for 75cl of Iceberg water from Canada). 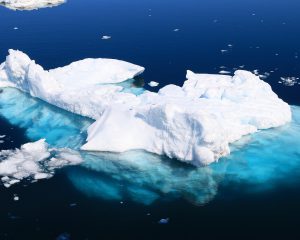 Tap water can come from the treatment of waste water or ground water. This water is not drinkable, it must go through many treatments before being totally free from impurities and declared drinkable. That being said, it is not less qualitative than mineral or spring water.

Before arriving in our taps, water goes through 4 stages:

Little historical reminder : drinking water at the heart of conflicts

The planet is covered with 70% of water, but less than 1% is fresh and liquid water and therefore directly usable by humans.
This precious resource is unequally distributed among countries. Indeed, there are currently 9 countries called “The 9 Water Powers” by the United Nations : Brazil, Colombia, Russia, India, Canada, the United States, Indonesia, Congo and China ; which hold 60% of the world’s fresh water.

Its rarity and its very unequal distribution make it difficult to access. Fresh water has therefore been at the heart of conflicts for hundreds of years.

1st – 2nd centuries: North Africa is conquered by Rome. Conflicts quickly broke out between the Roman military colonies and the local populations for the control of the water resource.

15th century: in the mountain’s communities of Valais in Switzerland, conflicts between villages appear for the capture of mountain streams. Canals were destroyed and inter-communal confrontations, sometimes bloody, took place.

1913-1925: bombings are perpetrated on the diversion aqueduct from the valley reserved for supplying water in the city of Los Angeles.

1990 : Major intercommunal violence broke out between Kyrgyzstan and Uzbekistan over the sharing of water in Osh in the Fergana Valley. This violence resulted in 300 deaths.

April 1999-February 2001 : in Kenya, clashes between farmers and nomadic breeders over access to and use of water resulted in more than 100 deaths.

September 2004 : In the southern province of Huila in Angola, disputes over access to drinking water escalated into inter-ethnic clashes resulting in several deaths.